Translate this page into:

Aneurysms of the gluteal arteries are very rare with the majority being post-trauma pseudoaneurysms. Generally, management of these aneurysms could be surgical or through endovascular techniques. We present a case of a superior gluteal artery pseudoaneurysm complicating a pelvic fracture that presented as a gluteal mass. It was successfully treated by transcatheter coil embolization. We review the presentation, imaging, and treatment options. Aneurysms have to be considered in the differential diagnosis of soft tissue masses, therefore lesion intervention by aspiration or needle biopsy should not be tried before ruling out a possible vascular nature which will easily be revealed by ultrasound Doppler or computed tomography scans. 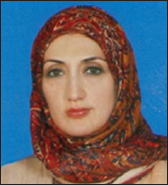 Aneurysms involving the superior gluteal artery are very rare. Although the exact incidence is not known, a review of the literature shows overall less than 150 reported cases and less than 40 cases since 1970. A majority were pseudoaneurysms complicating pelvic trauma caused by blunt or penetrating injuries. Other rare reported causes are iatrogenic, infection, vasculitis, and atherosclerosis. As these lesions commonly present with gluteal swelling which may be mistaken as an abscess, proper diagnosis by cross sectional studies or angiography is important to avoid disastrous events. Two treatment options available for these lesions include endovascular techniques and open surgery.[123]

A 38-year old female presented to the surgical clinic with pain and swelling in the left gluteal region. The swelling had gradually increased in size over 4 months. The pain was radiating to the left lower limb and associated with numbness. The patient had been involved in a road traffic accident two years earlier and had suffered a left acetabular fracture, which had been treated conservatively.

Physical examination revealed a large tender swelling in the left gluteal area simulating an abscess. However, pulsation was observed over the swelling that raised the suspicion of a vascular lesion. Therefore, contrast enhanced computed tomography (CT) was done before trying any intervention. The scan demonstrated a large pseudoaneurysm originating from the left superior gluteal artery measuring 6.4 × 5.8 × 3.4 cm with a small intra-pelvic component and large extra-pelvic component in the gluteal area [Figure 1]. This lesion appeared as a contrast-filled structure in direct communication with the superior gluteal artery. Its two components were communicating in the region of greater sciatic notch.

The patient was referred for endovascular treatment.Digital subtraction angiography (DSA) and transcatheter embolization were done in the same session. The aneurysm was approached by puncturing the right femoral artery and occluded by placing four coils and gelfoam in the feeding vessels [Figure 3].

Repeated CT angiography after 1 week confirmed exclusion of the aneurysm with only a residual hematoma in the area [Figure 4a and b]. Patient had an uneventful recovery with the pain disappearing and gluteal swelling gradually regressing in size over several months. Follow-up MRI few months post-embolization showed significant reduction in the size of the hematoma [Figure 4c].

Pseudoaneurysm is defined as a pulsating hematoma in communication with an artery, where the arterial wall has been breached and the aneurysm is surrounded by only an adventitial layer.

Aneurysms of the superior gluteal artery are more common than those involving the inferior gluteal artery. Review of the literature showed less than 40 cases in the last 40 years. The majority are pseudoaneurysms complicating trauma, either blunt or penetrating injuries.[456] Other reported causes include iatrogenic (9 cases); caused by pelvic surgeries and interventional procedures like bone marrow biopsy, mycotic (6 cases), connective tissue disorders, vasculitis, and atherosclerosis (5 cases).[2456789]

Gluteal artery aneurysms are found to be more common on the left side with a male predominance. These lesions are considered as an emergency as they are liable to rupture at any time with life-threatening hemorrhage.[910]

Clinical symptoms present from few weeks to several years after the initial trauma. Like in our patient, swelling in the buttock and sciatic pain are often the first presenting complaints. Occasionally pulsation or bruit is observed over this mass. Owing to local pressure effects, sciatic nerve compression, urinary or bowel dysfunction, and vascular insufficiency might result. Spontaneous rupture of an undiagnosed aneurysm has also been reported.[5] As all the symptoms are nonspecific, this lesion should be considered in the work up of a pelvic or gluteal mass especially if the patient has a history of trauma or medical intervention. Misdiagnosing this lesion as an abscess can result in disastrous events.

In this potentially fatal condition, early diagnosis and prompt treatment are important. CT angiography is the mainstay investigation, which can reveal the aneurysm differentiating it from other causes of gluteal swelling like abscess and soft tissue masses. Aneurysm lumen appears as a contrast-filled structure communicating with an artery, while thrombus or surrounding hematoma demonstrates a soft tissue density without contrast opacification.

Availability as a bedside procedure and low cost makes US combined with color Doppler an ideal first-line examination for any soft tissue mass.[10] It helps reveal the flow of blood within an aneurysm.

Large aneurysms appear complex on MRI, the signal intensities vary with the size of the lesion, the residual lumen and relative amounts of chronic and subacute thrombus/hematoma. The altered blood products result in a laminated abnormal high or low signal depending on the stage of blood products while the patent lumen demonstrates a signal void area, which may have flow artifacts as well.

As these lesions could be incidentally found during routine evaluation of variable problems like nonspecific pain or soft tissue mass, radiologists have to be familiar with the appearance of vascular lesions on different imaging modalities particularly MRI.

Although angiography was previously regarded as the main imaging modality for diagnosis, it is now performed as part of the endovascular therapy. It allows confirmation of the site of the pseudoaneurysm and assesses the suitability of immediate treatment with an interventional technique.

Generally, there are two options for managing these cases; open surgery and endovascular therapy. Open surgery was the standard treatment for many years. For aneurysms that are very large or involving the part of gluteal artery proximal to the sciatic foramen there is a need to control the iliac artery by a transperitoneal approach, while an entirely extrapelvic aneurysm can be managed by posterior buttock approach.

Surgery is effective in treating the aneurysm and removing thrombus to decrease pressure symptoms; but it has a number of drawbacks; it is difficult and more invasive than endovascular treatment with a risk of iatrogenic injuries and infection.[36]

Endovascular therapy, typically with coil embolization has been suggested over the last two decades as an alternative to surgical repair.[137] Although no major complications were encountered, literature reported few cases of coil dislodgement and migration. This can be reduced by the use of the newer longer and more pliable coils. In general, as endovascular therapy is less invasive, it can be the first line of treatment, with open surgery can be used for cases in which this method fails to repair the aneurysm or control the compressive symptoms.[5]

In addition to embolization, endovascular therapy using stent grafting as well as direct thrombin injection has been suggested by some authors as a treatment option.[26]

Thrombin injection is routinely practiced in the treatment of femoral artery pseudoaneurysms complicating catheterization. Thrombin injection was found more successful in acute superficial aneurysms with narrow necks. In the current case, we preferred endovascular embolization over thrombin injection as the aneurysm was chronic and large in size, which might have required larger amount of thrombin. In rare cases, thrombin reflux into the circulation with undesired serious thrombosis has been reported. Moreover, the surrounding hematoma rendered this aneurysm deep and difficult to access. Authors thought that endovascular embolization to be a more effective method in achieving complete thrombosis of this lesion where all collateral vessels and branches could be treated selectively.

Inspite of being rare, gluteal arteries aneurysms should be considered in the work- up of a patient with an acutely expanding gluteal mass or sciatic pain following trauma or medical procedures. CT, US, and MRI play a useful role in early diagnosis of these lesions and allow prompt treatment. Endovascular techniques are a safe and effective alternative to surgical repair.