Intestinal Obstruction from Congenital Bands at the Proximal Jejunum: A Case Report and Literature Review

Copyright: © 2012 Sarkar D
Licence
This is an open-access article distributed under the terms of the Creative Commons Attribution License, which permits unrestricted use, distribution, and reproduction in any medium, provided the original author and source are credited.
Disclaimer:
This article was originally published by Medknow Publications & Media Pvt Ltd and was migrated to Scientific Scholar after the change of Publisher; therefore Scientific Scholar has no control over the quality or content of this article.
Available FREE in open access from: http://www.clinicalimagingscience.org/text.asp?2012/2/1/78/105130
Source of Support: Nil
Conflict of Interest: None declared.

Congenital anomalous bands at the proximal jejunum resulting in obstruction have been described sporadically in the literature and are otherwise rare. We present a case of an 8 year-old girl with a nine-month history of intermittent vomiting and no history of prior surgery. The imaging workup includes an abdominal ultrasound, a single contrast upper gastrointestinal series, and a dual contrast computed tomography of the abdomen and pelvis. Surgical intervention revealed the presence of dense bands at the proximal jejunum without evidence of malrotation. Our report reviews the embryology and radiologic findings of this entity using different imaging modalities. 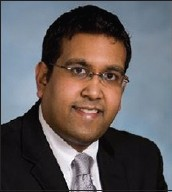 Intussusception is the most common cause of bowel obstruction in infants and young children.[12] Congenital causes of intestinal obstruction include duodenal atresia, malrotation, duodenal obstruction from Ladd bands, other congenital bands, superior mesentery artery syndrome, enteric duplications as well as several other entities. Congenital anomalous bands resulting in proximal jejunal obstruction are a rare entity that should be considered in the differential in patients with clinical signs of obstruction and no prior history of abdominal surgery. We present a case of an 8 year-old girl with a nine-month history of intermittent vomiting and no history of prior surgery and review the embryology and radiologic findings of this entity using different imaging modalities.

An 8 year-old girl with a past medical history of constipation presented with a history of vomiting for nine months. The vomiting was intermittent, non-bloody, at times bilious, and occasionally contained food particles. An abdominal ultrasound was performed which demonstrated debris within a dilated proximal duodenum. The superior mesenteric artery (SMA) and superior mesenteric vein (SMV) were visualized with the SMA lying to the left of the SMV with normal anatomic alignment [Figure 1]. No large solid or cystic masses were seen.

A standard barium single contrast upper gastrointestinal (UGI) series was performed with the contrast entering the antrum and duodenal bulb. The proximal duodenum and descending duodenum were markedly dilated in caliber with apparent tapering of the third part of the duodenum. There was an abrupt cutoff with no contrast extending beyond approximately the mid abdomen [Figure 2]. Delayed images were obtained while the patient was supine with contrast never extending beyond the third portion of the duodenum [Figure 3].

A subsequent computed tomography (CT) of the abdomen and pelvis was performed with oral and intravenous contrast. The duodenum was distended with the third part of the duodenum tented downward [Figure 7]. The duodenal/jejunal junction was severely narrowed and coursed distally anterior to the right common femoral artery below the bifurcation [Figure 7].

The patient was taken for an exploratory laparotomy and found to have dense vascularized bands without intestinal malrotation. Upon entering the abdomen, the cecum was noted to be in normal anatomical position. Further exploration in the abdomen revealed the proximal jejunum tethered by dense vascularized bands running from approximately five inches distal to the ligament of Treitz down into the pelvis. The cecum was incidentally noted to be folded back on itself and adherent to this tented portion of the jejunum. After these adhesions were ligated, the bowel was examined and no other anatomical abnormalities were discovered. The patient experienced a normal post-operative course with subsequent complete resolution of symptoms.

The congenital causes of intestinal obstruction in infants and children are intestinal atresia and stenosis, congenital bands, remnants of embryologic structures such as vitelline arteries or veins, omphalomesenteric ducts or a mesourachus.[34] In addition abnormal mesenteric fixation can lead to intestinal malrotation with possible midgut volvulus. Intestinal obstructions caused by other anomalous congenital bands have only been described sporadically in the literature and are otherwise rare.[5–7]

An example of anomalous congenital bands is Ladd bands. These bands are made of peritoneal fibrous tissue and result in anomalous mesenteric fixation.[8] They arise from the cecum and extend to the sub-hepatic region, posterior peritoneum or abdominal wall. Ladd bands result in compression of the 2nd or 3rd duodenal portions, which lead to intestinal obstruction.[8]

The origin of anomalous congenital bands is not well understood. However, the location of these bands is different from embryonic remnants such as vitelline vessels or omphalomesenteric ducts.[679] Akgur et al., cited a few series of cases to suggest that these bands are the result of a mesenteric developmental anomaly. Mesenteric anomalies have not been well documented aside from cases of malrotation and anomalous intestinal fixation.

In our patient, upper gastrointestinal (UGI) barium examination showed a dilated duodenum near the ligament of Treitz with sharp obstruction. Therefore, external compression was more likely than intrinsic stenosis. Most duodenal obstructions by external compression are caused by abnormal duodenal rotation with internal herniation or Ladd bands. In our patient the duodenal rotation was normal.[7]

Our case is particularly rare as abnormal dense vascularized bands were seen distal to the ligament of Treitz, which is not characteristic of Ladd bands. This resulted in dilatation of the proximal jejunum which was not readily identified on the UGI barium examination. Though imaging demonstrated a high grade obstruction, the patient's symptoms were chronic and mild. Furthermore prone positioning partially alleviated the degree of obstruction presumably by altering the position of the anomalous bands and relieving the obstruction.

Finding an anomalous band tethering the proximal jejunum to the pelvis and adhering the jejunum and cecum is unique and unlike previously described congenital peritoneal bands. As no previous operation had been performed on this patient and operative findings did not show any other abnormal post inflammatory adhesions between the small and large intestines, the etiology of these bands was determined to be congenital.[9]

A similar case described by Liu et al., discovered a band running from the antimesenteric wall of the proximal jejunum just distal to the Treitz's ligament to the root of the mesentery. The anomalous congenital band in that case was considered to be the remnant of ventral mesentery that failed to resorb completely.[7] In both our case and the case described by Liu et al., the location excludes known embryogenic remnants and thus suggests anomalous mesenteric development.

External compression of the proximal jejunum by an anomalous band should be included in the differential diagnosis of obstruction of the distal duodenum or duodeno-jejunal junction for patients without previous history of surgery, especially when UGI barium examination shows normal duodenal rotation and duodeno-jejunal fixation.

×
We use cookies to ensure that we give you the best experience on our website. If you continue to use this site we will assume that you are happy with it.Ok