Complete Right Lung Agenesis with Dextrocardia: An Unusual Cause of Respiratory Distress

Pulmonary agenesis, defined as complete absence of bronchus, parenchyma, and vessels is a very rare condition. Herein, we report a 4-month-old infant who presented with fever, cough, and respiratory distress and was misdiagnosed in a peripheral hospital as a case of pneumonia. The child was, later diagnosed as having right lung agenesis with dextrocardia. 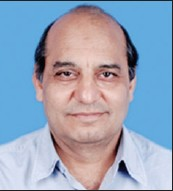 Pulmonary agenesis is defined as complete absence of bronchus, parenchyma, and vessels. In unilateral lung agenesis, the trachea continues directly into the main bronchus of the normally developed lung, and respiratory distress usually occurs due to retention of bronchial secretions and inflammation.[1] It is associated with a number of other congenital anomalies of skeletal, cardiovascular, genitourinary, and gastrointestinal systems.[2–5] Pulmonary hypoplasia refers to the presence of a bronchus and rudimentary lung, with a decrease in the number and size of alveoli, airways, and vessels. We report an infant with right lung agenesis and dextrocardia misdiagnosed as having unresolving pneumonia.

A 4-month old infant born to non- consanguineous parents presented with history of fever, cough, and respiratory distress. Antenatal maternal ultrasonography at 32-weeks revealed severe oligohydramnios The full-term child was born through normal vaginal delivery, cried immediately after birth and developed respiratory distress immediately for which he was hospitalized at another center. There he was treated for pneumonia and discharged after fifteen days. Patient remained asymptomatic for 2 months and admitted to our hospital with above mentioned symptoms. Examination revealed, heart rate of 120/min, respiratory rate of 65/min, subcostal, intercostals retractions and nasal flaring with saturation of 94% on oxygen. Chest examination revealed absent air entry on right side with crepts present on left side. Apex beat was present in the 4th intercostal area on the right side with normal heart sounds.

Investigations revealed hemoglobin of 9.7 gm/dl, total leucocyte count of 12,000/mm3 (Polymorphs 38%, lymphocytes 55%, eosinophils 2% and monocytes 5%). Chest X-ray showed right sided homogenous opacity with hyperlucency of left lung [Figure 1]. Patient was put on intravenous fluids, oxygen, and antibiotics. An urgent bronchoscopy was done which revealed that trachea continued as left main bronchus without any stenosis or compression with thick bronchial secretions. Computed tomography (CT) of chest showed agenesis of right lung [Figure 2] with non visualization of right pulmonary artery and vein, which was further confirmed by CT angiography [Figure 3]. Echocardiography revealed dextrocardia. Barium swallow examination showed mild stasis of contrast in right hemithorax. The patient was diagnosed as a case of right lung agenesis with dextrocardia. He was discharged after 20 days of hospitalization and is doing well on follow up.

Lung agenesis or aplasia is a very rare and exact incidence is not known. The prevalence of agenesis of lung is reported to be 34 per 1,000,000 live births.[6] Pulmonary agenesis can occur between the 4th and 5th week of gestation in the embryonic phase, before the pseudoglandular period, when primitive lung is forming as a diverticulum protruding from the foregut. The etiology is suggested to be related to duplication of the distal part of the upper arm of chromosome 2.[7] A number of other congenital anomalies are associated with lung agenesis. Dextrocardia with situs solitus and normally related great arteries without intracardiac malformation may be present secondary to agenesis or hypoplasia of right lung. Most of the patients present with recurrent respiratory infections, cough, tachypnea, strider, wheezing, and cyanosis from an early age.[8] Bilateral lung agenesis is life threatening and about 50% patients with unilateral lung agenesis die within 5 years of life, with left lung agenesis having better prognosis than the right one. However, some reports have shown patients with right lung agenesis living upto old age because of absence of critical anomalies in other organs.[9] Diagnosis of pulmonary agenesis is made on basis of chest skiagram, bronchoscopy, bronchography and angiography. With the advent of CT scan, these invasive procedures having significant risk have become unnecessary.[10] The characteristic CT findings reveal opaque hemithorax with mediastinal shift toward the affected side and bony cage symmetry. The CT scan also clearly delineates lung parenchyma with pulmonary and bronchial tree.[11]

In our case, the child presented immediately after birth with respiratory distress that was misdiagnosed as pneumonia in a peripheral hospital. He was not investigated for congenital anomalies despite persistence of homogenous opacity seen in the chest X-ray. After the second episode the child was referred to our institution. He was diagnosed as a case of right lung agenesis with dextrocardia and treated symptomatically. On reviewing the literature we could found only five cases of right lung agenesis with dextrocardia.

Thus, in cases of repeated chest infections with opacification of right hemithorax and herniation of left lung to the affected side, this rare entity must be kept in mind. It is important to investigate the coexistence of this anomaly with other entities. Asymptomatic cases do not require any treatment, if there are no additional anomalies. However this entity carries a high-risk in any surgery because of low respiratory reserve in the patient.