Truncus arteriosus (TA), a rare complex congenital cardiac disease in which systemic pulmonary and coronary circulations originate from a common vessel, develops due to failure of separation of the common trunk during embryonic life. In this case report, we discuss a 24-year-old patient with TA in whom a computed tomography angiography was performed. To the best of our knowledge, no case has been reported so far where an adult had combined left superior vena cava and pulmonary vein anomaly. 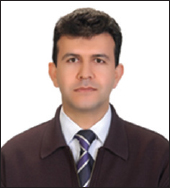 Truncus arteriosus (TA) constitutes 1.2% of all congenital heart malformations.[1] In TA, systemic pulmonary and coronary circulation originate from a single vessel that jointly emerges from the right and left ventricles by a truncal valve usually tricuspid, but quadricuspid and bicuspid valves have also been reported.[2] The valve leaflets may be up to six in number.[3] This condition may lead to valvular regurgitation, stenosis or both. Patients with TA typically have a large subarterial ventricular septal defect (VSD) located beneath the truncal valve.

The coronaries usually originate independently and have a normal course. However, rare anomalous coronary take offs or courses may also be observed. 6% of cases are characterized by a persistent left superior vena cava (PLSVC) draining into coronary sinus.[3] The disorder is accompanied by interrupted aortic arch or aortic coarctation in 14% of cases. Patent foramen ovale and atrial septal defect are common. In addition coarctation of the aorta, anomalous pulmonary venous drainage, hypoplasia of the left lung, anomalous origin of subclavian arteries, single ventricle, absent right arteries-veins connection, hypoplastic right ventricle, tubular hypoplasia of the aortic arch, and double aortic anomaly may be rarely present.[3]

A 24-year-old male patient with unrepaired TA presented to the adult congenital cardiology clinic for surgical operation and his history revealed that he had been diagnosed with a complex cyanotic congenital heart disease at the age of 4 years, when he had cyanosis while crying. He had been hospitalized many times for recurrent lung infections. He was placed on a heart-lung transplantation waiting list. Meanwhile, he was started on bosentan therapy as he had developed cardiovascular symptoms. Unfortunately, no appropriate donor could be found during the waiting time. A subsequent cardiac catheterization revealed pulmonary hypertension, for which iloprost had been added to the bosentan therapy.

On physical examination, he was normal, except for being cyanotic and his blood pressure was 120/70 mmHg, heart rate was 72 beats/min and respiratory rate was 20/min. Chest X-ray showed increased pulmonary vascularity with an enlarged cardiac silhouette. Echocardiogram was consistent with a TA Type 1, VSD, truncal valvular insufficiency, and Eisenmenger physiology. An electrocardiographic (ECG)-gated cardiac computed tomography (CT) was ordered to characterize the complex cardiac anatomy more in detail.

ECG-gated multidetector CT (MDCT) (Somatom Definition, 128-slice Dual Source CT, Siemens Medical Systems, Erlangen, Germany) was performed. Contrast material of 75 ml (Ultravist 370 mg/mL, Schering, Berlin, Germany) was given through the left antecubital vein at a rate of 5 mm/s. Afterward, 50-cc bolus of intravenous saline solution was given at a rate of 5 cc/s. The region of interest was located relative to the ascending aorta 1 cm distal to the tracheal bifurcation. The scan was automatically started 2 s after the threshold level reached 130 Hounsfield unit. Contrast administration was controlled using bolus tracking. ECG-gated MDCT was performed according to the following protocol: gantry rotation time, 330 ms; temporal resolution, 83 ms; slice acquisition, 64 mm × 0.6 mm; pitch, 0.38 adapted to the heart rate; tube voltage, 120 kV; tube current, 380 mAs per rotation. The scanning duration was approximately 8.2 s, depending on the cardiac dimensions and the pitch and took place during a single breath hold in the craniocaudal direction. The estimated effective radiation dose was 5.5 mSv.

TA, also known as the common arterial trunk, is a rare congenital heart disease detected at birth. In this condition, the embryonic structure known as TA cannot be adequately separated into the aorta and pulmonary trunk and originates from the heart as a common trunk.[6] The newborn usually present with signs of heart failure and cyanosis. Surgical repair is required to prevent future pulmonary hypertension and Eisenmenger syndrome. With appropriate surgical techniques, these patients may survive for a long time. The prognosis without surgical repair is poor. Of the patients in whom a surgical repair was not performed, up to 80 or more die within the 1st year.[1]

The primary imaging modalities for TA are echocardiography and conventional angiography. Computed tomography, magnetic resonance imaging (MRI), and 3D echocardiography are other diagnostic methods. Cardiac catheterization is an invasive and expensive method. It also requires hospitalization. In particular, coronary angiography offers not only information on vessel lumen, but also functional information about the direction of flow and pressure measurement. Echocardiography performs relatively poorly especially in showing the exterior of the heart; although, it is the primary imaging method for diagnosis. Diagnosis depends upon the ability and experience of the user to a large extent. Its diagnostic accuracy is only around 80%. In the remaining 20% of patients, disease is hidden in the dead spaces of echocardiography, such as the pulmonary veins, peripheral pulmonary arteries, aortic arch, PLSVC, etc., Thus, echocardiography may fall short in assessing the vascular anomalies accompanying TA and other congenital heart disorders.

MRI and MDCT have an increasingly significant role in the non-invasive evaluation of complex congenital heart disease in the pre-operative period and post-operative follow-up. Cardiac MR with 3D reconstruction have several advantages in pre-operative or post-operative evaluation of pulmonary arteries in patients with TA. Furthermore, MR velocity mapping or right ventricular outflow measurement with the use of velocity-encoded MRI, was found superior to echocardiography.[78] Nevertheless, MRI has the limitations of long image acquisition time and need for sedation in young children. It also may pose certain problems in examining patients with unstable clinical condition.

CT has been used in congenital heart disorders, but its clinical applicability is limited owing to low resolution of conventional CT. However, novel advances in CT technology have offered a non-invasive technique that allows accurate and rapid evaluation of cardiac and vascular structures with 3D imaging of the anatomy. Fast MDCT can be used to obtain isotropic volume data and high-quality 3D MPR images can be created to accurately and delineate the pathologic and normal anatomic features of the cardiovascular system. MDCT has the ability to visualize these structures with the vessel walls and also provides better depiction of great vessels, mediastinal pathologies, the airway, and the lung parenchyma.[910] The relation between the airway and the vessel can be accurately evaluated at CT. This knowledge is useful for surgical treatment and cannot be provided by any other imaging method. In addition, using a procedure based approach, emphasis is placed on the anatomic configuration after surgical operation, potential complications that must be ruled out and the utility of MDCT for visualizing anatomic areas not accessible to echocardiography.[10] Two-dimensional and 3D multiplanar images reveal post-operative vascular anatomy, surgical anastomoses, and shunts or conduits that are often not fully visualized in an axial plane CT image and other modality. MPR and 3D VR images allow demonstration of pathologic cardiac structures even in adults with congenital heart disease.[10]

The complex anatomy of TA in an adult patient was visualized in great detail using MD showing the vascular anomalies accompanying this pathology. Adult patients with unrepaired TA are very seldom encountered. Our case had a PLSVC and a left inferior pulmonary vein draining into the right portion of LA, both accompanying TA.

ECG-gated cardiac MDCT is a useful tool to detect TA and accompanying vascular anomalies in both pediatric and adult cases.